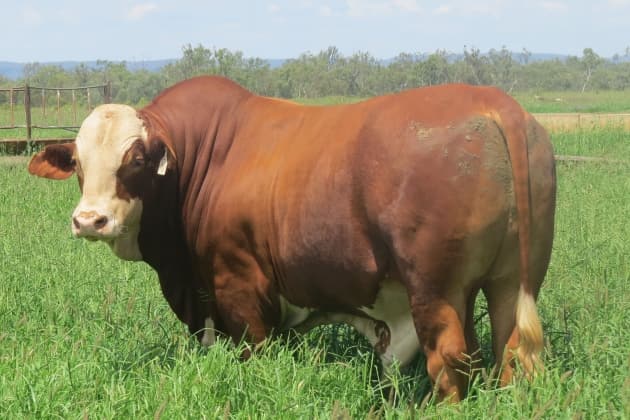 Brian, Trinket, Isabel and Harry Anderson held their first annual, on property Braford bull sale at “Glenovan” Theodore on the 30th August. The quality and temperament of the bulls were a credit to the vendors and reflected the many years of careful selection placed on their breeding program which began with Brian`s father, Stewart, purchasing his first Braford bulls in 1967.

Nineteen bulls were catalogued and auctioned using the Helmsmen system conducted by selling agents GDL.  The draft of bulls aged between 20 – 34 months, were weighed, soundness evaluated, semen tested, morphology tested, and returned a negative result to pompes and pestivirus.

Both commercial and stud breeders were in attendance who had the advantage of walking through the bulls in their own environment prior to auction.

Preparations are well in progress for the 2018 Glenovan sale, with a date to be announced.