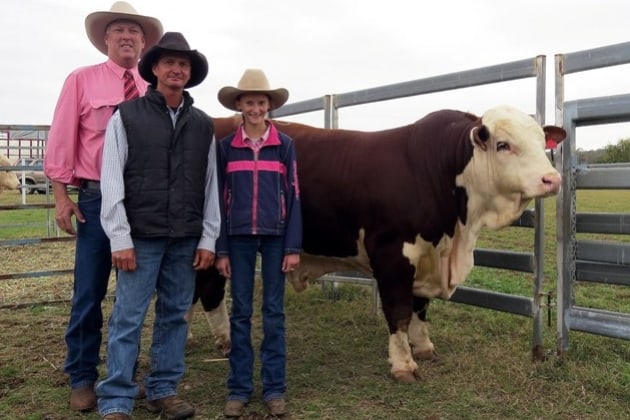 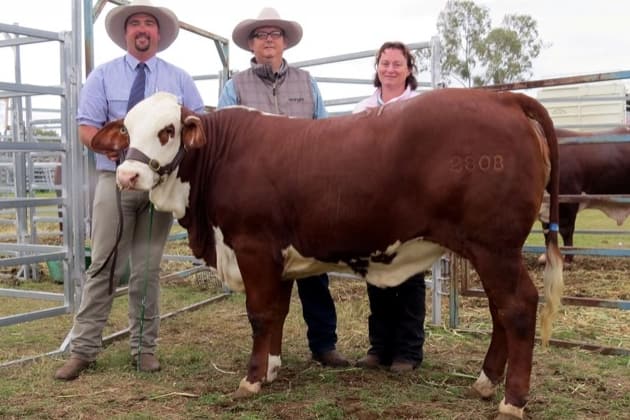 New and familiar faces gathered to form a large crowd to celebrate the 11th Annual New Dimension Braford Bull & Female sale at Bell Showgrounds on Saturday 29th August. Averages for all sections were up on last year’s sale and this year’s  sale saw a near perfect 100% clearance rate.

Braford Bulls sold for a Top Price of $12 000 – the bull Lot 20 Carinya Quilpie was purchased by Tigrigie Cattle Co of “Moorabinda” Taroom.  Carinya Quilpie weighed in at 870 kg at 23 months with an EMA of 125 sq cm offered by John & Jackie Amor – “Carinya” stud at Dulacca.

The Top Price in the younger portion of the Registered Females section (under 12 months) of $1900 was paid for Lot 54 Rarcamba Lisa offered by the SkermanFamily “Rarcamba” stud Wandoan, and was purchased by the Bell Family at Manilla, NSW.